[x]
Permalink: https://www.apiaudio.com/product.php?id=150
Use this URL to link directly to this page. 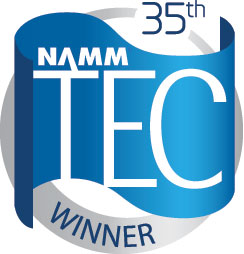 The API 550A 50th Anniversary Edition is a discrete 3 band EQ and a reproduction of the original Saul Walker design from the early 1970s. For nearly 50 years the 550A has played a major role in the recording industry and remains the standard by which other EQs are measured. These special limited edition units are painstakingly hand assembled and wired, and feature an exact reproduction of Walker's original printed circuit board. Each unit is a true work of art, inside and out, and represents a piece of recording history. Every Anniversary Edition 550A carries an individual serial number denoting its status as part of a limited run of 100 units.

The 550A provides reciprocal equalization at 15 points in 5 steps of boost to a maximum of 12dB of gain at each point. The fifteen equalization points are divided into three overlapping ranges. The high and low frequency ranges are individually selectable as either peaking or shelving, and a band-pass filter may be inserted independently of all other selected equalization settings. Frequency ranges and boost/cut are selected by three dual-concentric switches, and a pushbutton "in" switch allows the EQ to be silently introduced to the signal path. A small toggle switch is used to insert the band-pass filter into the 550A. The combination of Walker's incomparable 2520 op amp and his "Proportional Q" circuitry gives the 550A user an uncomplicated way to generate acoustically superior equalization.